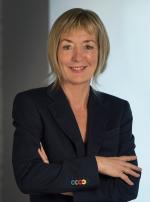 Originally from Denmark, Europe, Pernille’s professional experience began with the growth management of American and European IT companies from which her background in marketing, sales, training and consulting developed. Pernille harnessed this experience and acquired a Masters of Business from the Copenhagen School of Business in 1997. Upon immigrating to Canada in 1998, she continued on her educational path and obtained a Certificate in Project Management from Saint Mary’s University in Halifax, Canada as well as a Certified International Trade Professional (CITP) designation from The Forum for International Trade Training (FITT) in Ottawa, Canada – the world’s leading international trade training and professional certification authority.

Pernille was the first woman ever elected to the Board of Directors of OTANS (the Onshore/Offshore Technology Association of Nova Scotia) where she served as a Board Member and a Member of the Executive until 2005.  Currently, Pernille  serves as an appointed a member of the Atlantic Growth Advisory Group selected to support the Atlantic Growth Strategy with the mandate to stimulate the region's economy, support the middle class and address both longstanding and emerging regional challenges.

One of Pernille’s most recent accomplishments has been the publication of her book Tales of an Immigrant Entrepreneur: One Women’s Story, published by Freisen Press in 2017